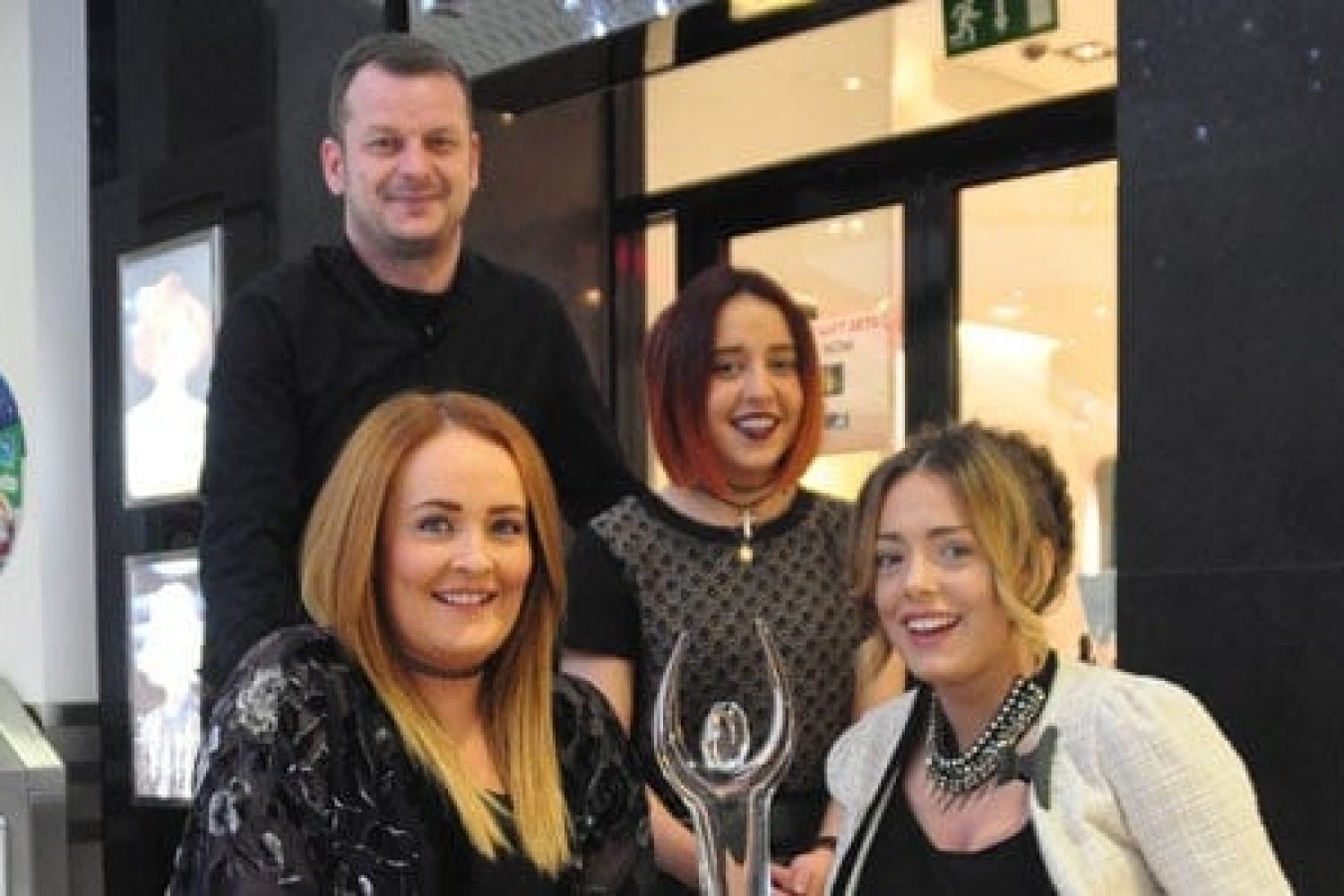 We would like to congratulate Peter Mark here on Level 1 for their award at the Master of Colour Awards which was held on November 23rd at the Hilton Hotel. It’s Ireland’s largest hairdressing competition with teams competing from over 70 Peter Mark salons taking part in the competition, which was whittled down to just 32 finalists on the night.

Congratulations to Lisa Burke and Edel Carroll for the award and also to model Zoe Fullam. Peter Mark store manger Oliver Coleman was delighted to have his salon named winners of their respective group. He said “Given the fact we re-launched the salon just a year ago it’s great, we have gone from strength to strength. We have a core team of very experienced stylists and it’s great to see the younger stylists coming through and proving themselves against such great competition”.