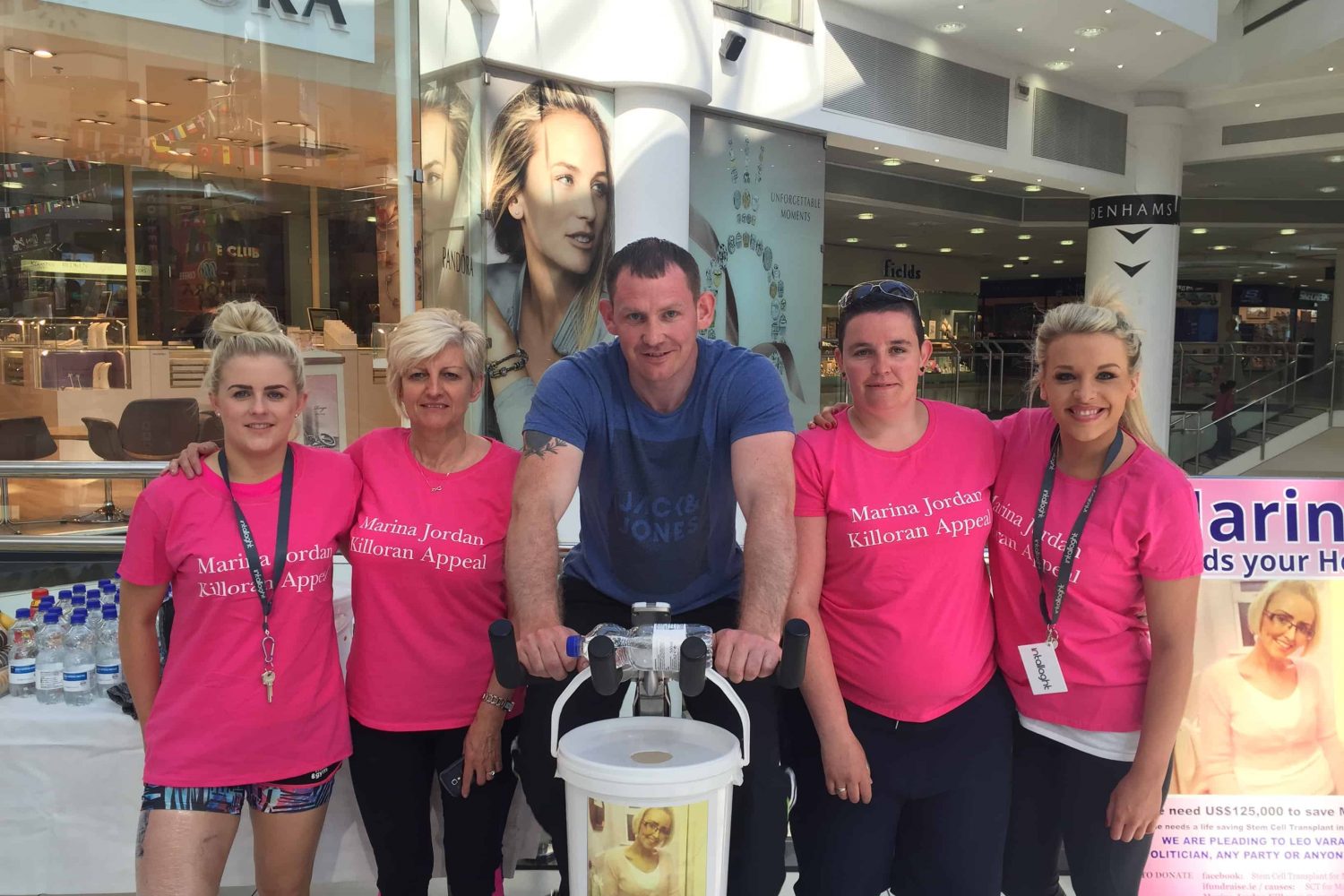 Last week the staff from Noonan’s security team and members of InTallaght Magazine took to the Centre Mall at The Square Towncentre to raise funds for Tallaght lady Marina Jordan Killoran.

The total sum raised on the day was €1,895. The family have already raised €160,000 and Marina and her husband Alan will travel to Chicago this Sunday where Marina will begin her life saving treatment.

The cycle was organised by Marina’s sister in law Susan Maloney who also took part in the cycle on the day. We caught up with Susan who told us how happy she was with how the day of fundraising went and also wanted to thank everyone who was involved

“Thanks to InTallaght, the Square management, the security staff and of course all our family and friends that took part. We also want to thank those who donated and to Westpark Fitness who were kind enough to donate the bike for the day. We are absolutely thrilled with the funds raised on the day”

For those of you unaware of Marina’s story she is 45 years of age and is a mother of two who suffers from a very rare autoimmune disease called Systemic sclerosis. She has recently returned from the North Western Memorial hospital in Chicago where she met with Dr Richard Burt. While there he carried out and assessment on her, which has proven positive as he has declared her a candidate for a life saving stem cell transplant.

The cost of the transplant is $125,000.00, Marina along with her family are hoping to raise the funds with the help of the public. The family have been running events to help raise publicity which in turn they hope will help with raising the figure.

There has been a page set up for those of you who wish to donate attached below http://bit.ly/1qlzW3r