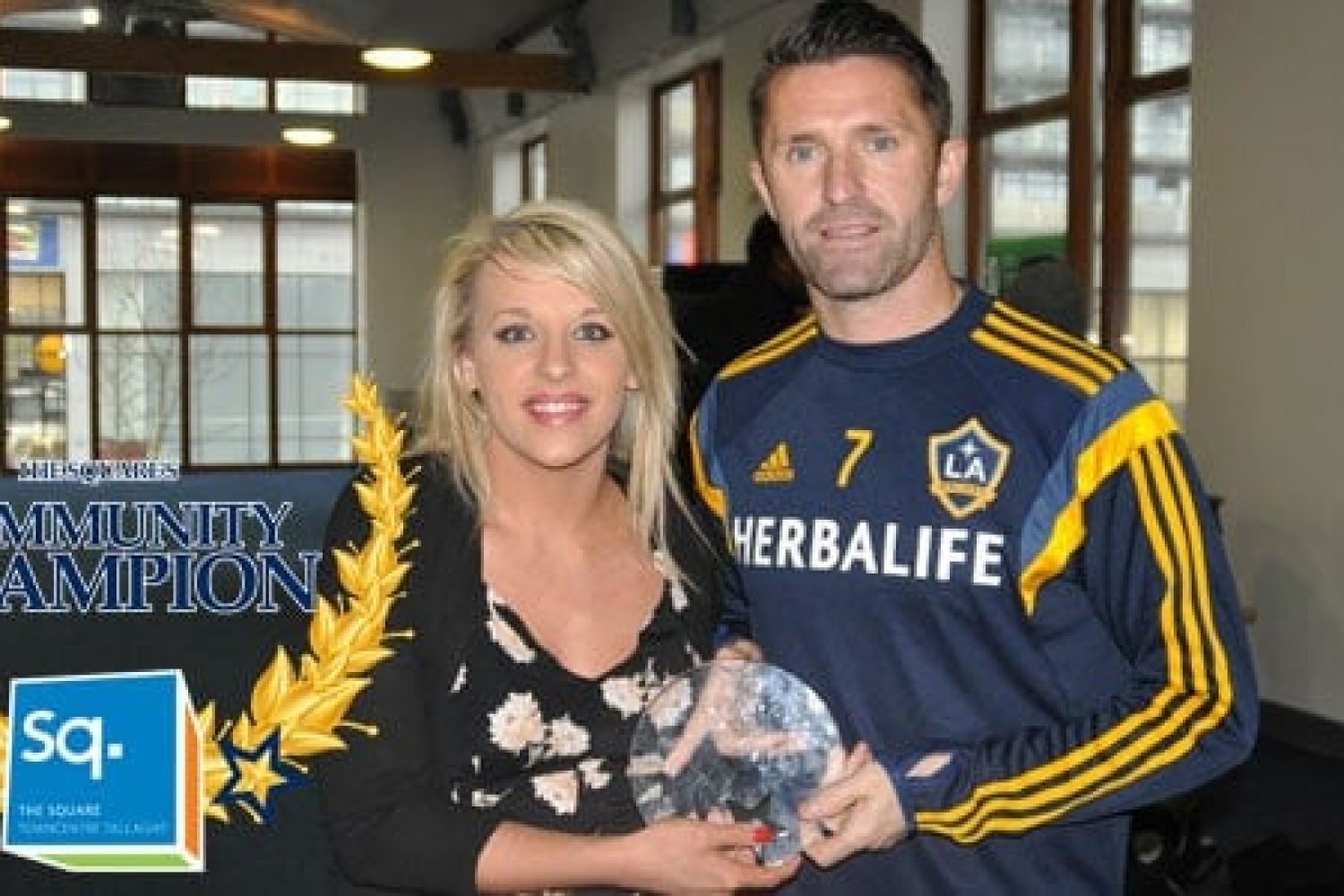 Our Community Champion for February is none other than our favourite local football player Robbie Keane who graced Tallaght with his presence and his on-the-field skills at Tallaght Stadium last month with L.A. Galaxy.

Robbie has come a long way from playing in Tallaght and Crumlin, and is the record scorer for the Irish national team with 65 goals since his debut in 1998.

Robbie had a fantastic year with an MLS Championship, scoring the deciding goal in the final, winning Most Valuable Player in the league and scoring a goal for Ireland that broke the all-time record for goals scored in European Championship qualifiers.

While in town last month Robbie visited Our Lady’s Children’s Hospital, Crumlin with his LA Galaxy teammates to present a cheque worth $50,000 from the LA Galaxy Foundation and Herbalife to CMRF Crumlin, the fundraising arm of the hospital. Robbie is an ambassador for CMRF Crumlin’s campaign ‘Give It Up for Crumlin’.

Robbie is a generous man, an enthusiastic player and an all-round nice guy in our opinion, and very much deserving of the Community Champion award this month. Congratulations to Robbie and best of luck for the coming year!