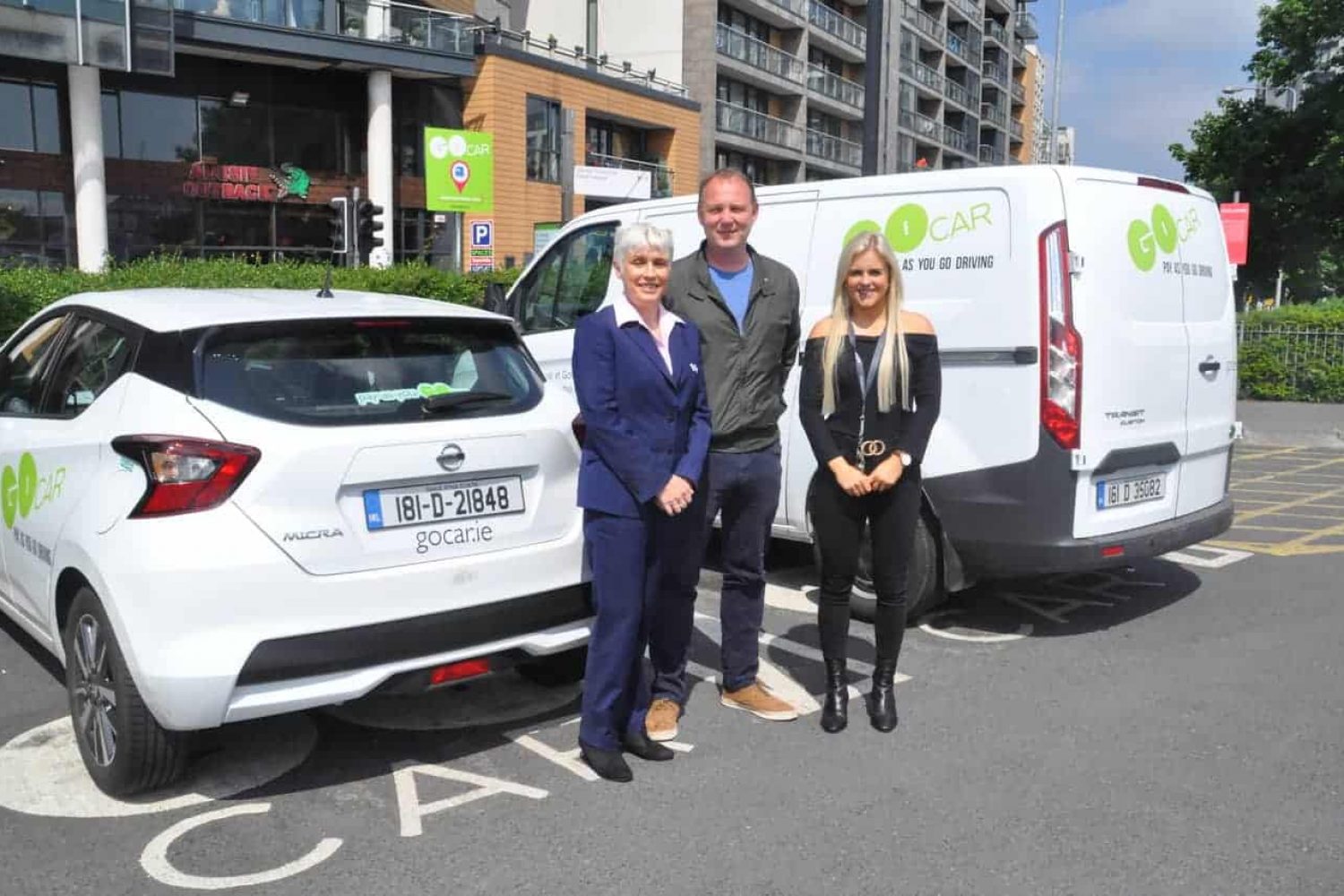 Irish car sharing company GoCar has launched here in The Square Level 3 car park. The new GoCar mobility hub includes 2 cars and a large van for local residents and businesses, and is located close to the Dublin Bus and Luas stop, to ensure car-free residents have all their mobility needs covered.The move comes in response to the success of the car sharing initiative in The Square Level 1 car park, which has seen increased demand from local residents and businesses. Despite positive growth to date, Ireland still lags behind other European countries when it comes to carsharing. Research has shown us that the majority of our members are within a 5 minute walk of a GoCar, so access is the number 1 barrier to switch from car ownership to carsharing.GoCar is aiming to grow its fleet in 2018 to over 500 shared vehicles, with continued growth into the suburbs and commuter towns so that they too can live car free. To achieve this, they are calling on progressive property management companies & local authorities to make space available for residents to access additional shared cars. 80% of GoCar members do not own a car – the ones who own cars are often what would traditionally be considered as a 2 car family, but have sized down to 1 car, and use the GoCar as a second family car when needed. There are also people who commute into the city without their car, and use the GoCar in the city when they need access to a car. Cities & towns need to be embrace the idea of dissuading personal car use to make more “liveable environments”. If people own a car, they are irrational about how they get about – they are vested in that car. If you offer alternatives like The Square are doing to break that cycle of car ownership, people make the right decision about where walking is the best, or cycling, using public transport, or occasionally using carsharing.GoCar users can book cars online or via the app for as little as an hour, then unlock with their phone or GoCard; the keys are in the car, with fuel, and insurance all included. Rates start from €8 per hour, with 50KM of driving included on each trip. Since it was launched in 2008, over 20,000 drivers have signed up to GoCar, and it now offers over 350 vehicles across 200 locations.Carsharing benefits individuals who can gain the benefits of private cars without having the large costs and hassle associated with car ownership. With pay as you go pricing and no subscription charges, GoCar ideal for people who only need occasional access to a car but don’t want to own one, or families who need a second car sometimes. Carsharing reduces car ownership and dependency, congestion, noise and air pollution, and frees up land traditionally used for parking spaces. Each shared car replaces approximately 20 private cars, as well as increasing use of public transport.Jonathan Roche, General Manager of GoCar, commented:“We are delighted to expand our offer of car sharing in The Square. We’re constantly open to feedback from the public on an area where they would like to see carsharing, and there has been a lot of enthusiasm since our expansion. Local communities can visit GoCar.ie/Locations to request a GoCar near their workplace or home.”